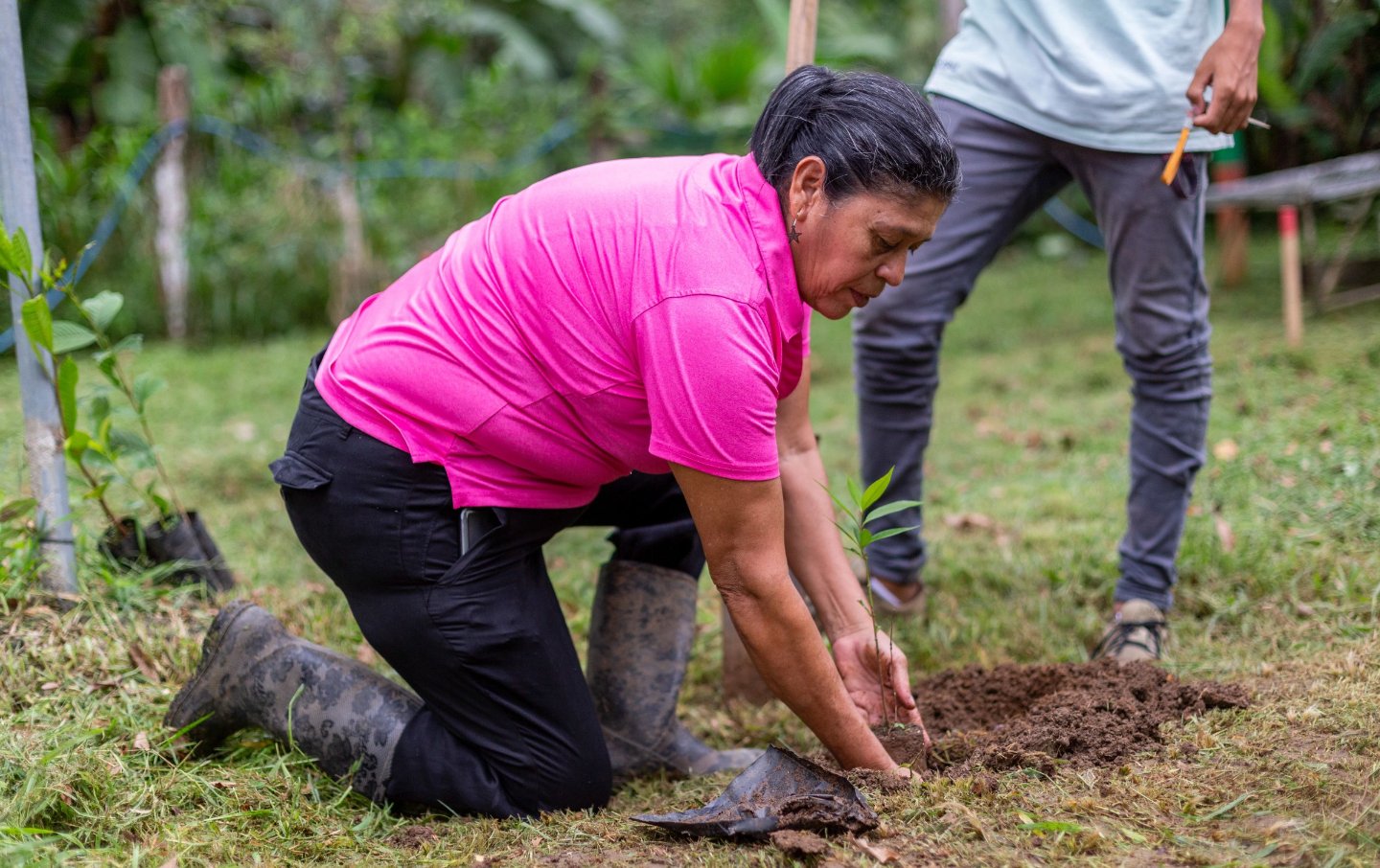 Costa Rica’s pioneering efforts to reduce deforestation prevented the release of 200 million tons (Mt) of CO2into the atmosphere between 1997 and 2019[1] . During this period, the country’s forestry sector went from an emissions source of 22.6 Mt of CO2 to a carbon sink of -4.4 Mt of CO2.. The Costa Rican people, through a tax on fossil fuel, the regular budget of the Republic, and various loans, financed the implementation of policies and programmes that led to these emission reductions. Between 1986 and 2011, the country invested a total of US$ 200 million in the recovery of forested areas, the establishment of forest plantations and agroforestry systems, and in conservation and sustainable use of forests on private lands.

With the implementation of the different Results-Based Payments schemes for REDD+ – REDD+ RBP initiatives - such as the Green Climate Fund, FCPF Carbon Fund[2] , and the LEAF Coalition[3] - Costa Rica has had the opportunity to access compensation for both reduced emissions and carbon enhancement, which are environmental services provided by its forests and used globally by society. However, the country has faced challenges that have substantially limited access to such payments. Due to a series of restrictions inherent in the design of REDD+ RBP schemes, Costa Rica has so far been able to access only 8.7% of potential payments, assuming that Costa Rica could access up to US$ 1 billion for emissions reduced between 1997 and 2019, considering a forest carbon price of US$5 * tCO2-1.

Costa Rica´s access to REDD+ Result-Based Payments has been limited by two factors:  insufficient rewards for early action and the variation across standards for REDD+ RBP initiatives.

Rather than rewarding early action, RBP initiatives have penalised early REDD+ implementation in Costa Rica. Of the 200 Mt CO2 not emitted between 1997 and 2019, only 15.7 MtCO2 have been claimed. This is mainly due to the non-recognition of early actions (reductions achieved prior to 2014 in the case of Costa Rica) and the design of the methodological frameworks or standards used for the estimation of emission reductions (ERs).

Further, for the years 2017, 2018 and 2019, the estimated emission reductions vary substantially depending on the technical requirements of the standard used by each RBP initiative. Considering the United Nations Framework Convention on Climate Change (UNFCCC) calculation guidelines for Reduced Emissions as the benchmark, the reduced emissions eligible for payment under the FCPF Methodological Framework decrease by 67%, and under the TREES standard decrease by 70%. This is the result of the requirement to transfer carbon credits to the buyer, the inclusion of forest degradation in both standards, and the requirement to use a 5-year reference period in the case of the TREES standard (see Table 1).

Both the FCPF Carbon Fund Methodological Framework and the LEAF Coalition's ART-TREES standard require the transfer of ownership to the ER buyer in the host country of the emission reduction programme. Due to administrative and legal limitations in the country, mainly related to inconsistencies between property plans, land registries, as well as conflicts between landowners, it has only been possible to document the ownership of 55% of the forests in the national territory, significantly limiting the volume of tons eligible for payment through the FCPF Carbon Fund and the LEAF Coalition.

According to Costa Rica's experience, the Green Climate Fund's RBP mechanism has proven to be the most advantageous for the country as it does not require the transfer of ER ownership, it recognises ERs produced early, it applies the UNFCCC guidelines on forest carbon accounting, which have proven to be less restrictive, and finally, the validation and verification process has been less complicated. The LEAF Coalition, although the most restrictive in ER recognition via ART-TREES, is the second most favourable for the country because it offers at least double the price per reduced tCO2. However, the price is not high enough to match the level of compensation offered by the Green Climate Fund.

Table 1. Costa Rica: calculation of Emission Reductions under three different methodological frameworks or standards for the years 2017, 2018 and 2019.

[1] Green Climate Fund's scorecard deductions were applied in this analysis.

[2] The portion of Total ERs generated and verified under the ER Program that are set aside in the ER Program Buffer to cover Uncertainty and Reversal Risks under an ER Program, and that shall not be traded or transferred during the Crediting Period. Percentages indicate the proportion of the Gross Emissions Reductions eligible for compensation.

[1] In accordance with the reference levels submitted to the UNFCCC in 2016 https://unfccc.int/resource/docs/2017/tar/cri.pdf

[6] If purchased through the LEAF Coalition, for example.