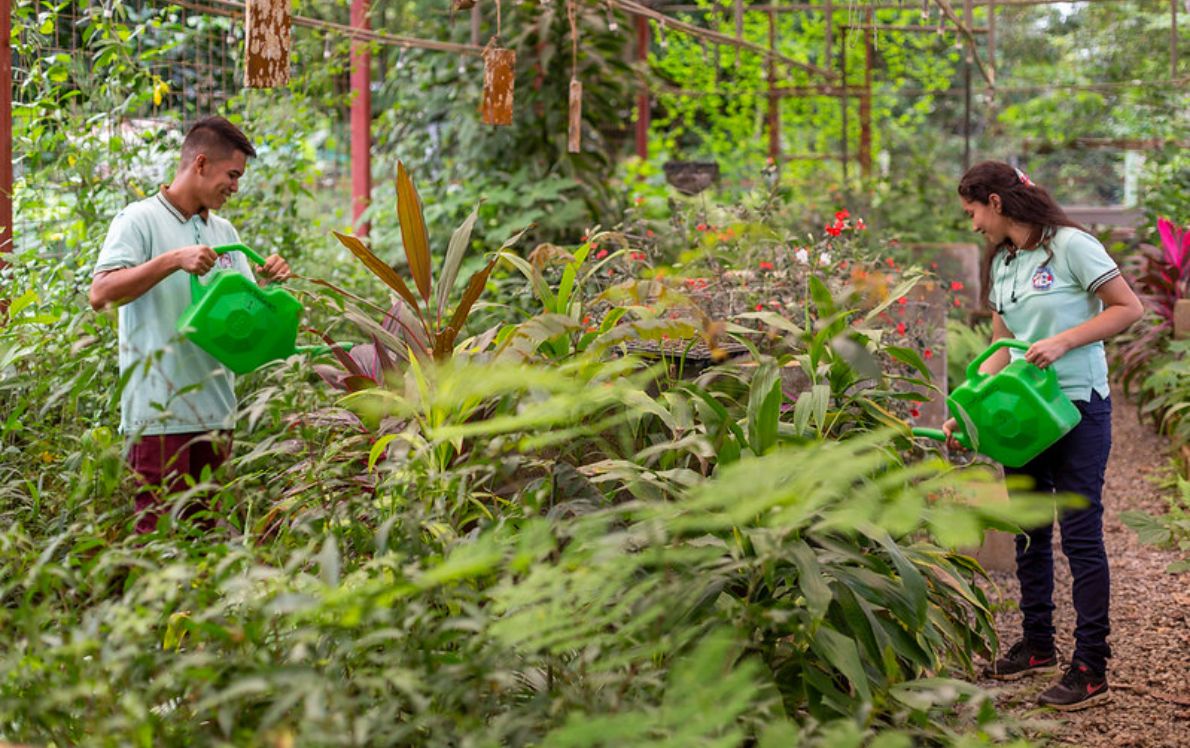 December 2022. San José, Costa Rica. The REDD+ Results-Based Payments Project, led by the Ministry of Environment and Energy (MINAE), through the National Fund for Forest Financing (FONAFIFO), and implemented by the United Nations Development Program (UNDP), made official today its second disbursement, for an amount of $13.3 million, which is transferred to MINAE's FONAFIFO. Within this amount, the first disbursement resulting from the payment for environmental services (PES) contracts in indigenous territories is included, for a total of $3.3 million.

Such non-reimbursable resources come from the Green Climate Fund (GCF), in recognition of the emissions that Costa Rican forests avoided in 2014-2015. Its objective is to strengthen two key programs to prevent deforestation and forest degradation: the Payment for Environmental Services Program (PES) and the National Fire Management Program. Through these initiatives, these resources will also make a valuable contribution to strengthen mitigation and adaptation to climate change.

The amount is added to the almost $24 million transferred in December 2021, for those same programs. Thus, in 18 months, the REDD+ Results-Based Payments project has transferred more than $37 million, which corresponds to 80% of the transferable funds to strengthen the aforementioned initiatives.

In this regard, the Vice Minister of Strategic Management of MINAE, Carlos Isaac Pérez, indicated that this is the result of the efforts made for years in the country to reverse deforestation.

"Without a doubt, this new transfer of non-reimbursable funds is recognition of a country initiative such as the Payment for Environmental Services Program, led by FONAFIFO, and MINAE, which today also allows, through Payment for Results, do justice to pay the owners who do not have property title and the indigenous peoples who protect the land, under the PSA scheme under great efforts, "explained the Vice Minister of Strategic Management, Carlos Isaac Pérez.

The transfer of funds takes place after the second verification of the project, which was carried out by an independent auditor. In it, 32 indicators were validated and the results achieved by government programs were verified, as well as their opportunities for improvement.

The independent audit recognized that in the verification period (September 2021 to August 2022) FONAFIFO paid and complied with the requirements that guarantee that 156,454 hectares are under paid PES contracts for forest protection activities and 9,635 hectares in natural regeneration activities, throughout the country.

The presence of PES in cantons with a very low social development index was also validated, which is part of FONAFIFO's prioritization criteria to establish contracts. Additionally, it was confirmed that 19% of the PES contracts are in the hands of women, 20% in the hands of small owners (farms smaller than 50 hectares) and less than 2% in the hands of people under 35 years of age, which suggests an opportunity to involve young populations in this type of conservation efforts.

Regarding the PES in indigenous territories, the audit verified that no payments to non-indigenous people were recorded. It was recognized that there are 23 notes from indigenous organizations interested in continuing to participate in the protection and sustainable management of forests, as well as in the control of forest degradation in accordance with their cultural rights.

The audit validated that FONAFIFO manages contracts in 16 indigenous territories, which represents 42,289 hectares of PES in the forest protection activity, 880 hectares in PSA for forest regeneration and 485,202 trees in PES of agroforestry systems. With these results, the transfer of $3,331,418 for FONAFIFO is opened, which will be reinvested in indigenous territories based on participatory processes carried out as part of the REDD+ Costa Rica Strategy and the UNDP REDD+ RBP project.

“We are deeply honored to see institutional efforts crystallize and become a motor to continue protecting Costa Rica's forests. But we are even more honored to know that these resources that we are making official today allow us to bring economic opportunities to indigenous territories, rural women, small owners and young people. Transferring more than $3.3 million, which will be reinvested in indigenous territories, fills us with satisfaction. As an accredited agency of the Green Climate Fund, we will continue to work with MINAE and make available our extensive global network of experts and knowledge, to chart a climate-smart and fair future,” said José Vicente Troya, UNDP Resident Representative in Costa Rica.

This press release was originally published in Spanish here.