Nationally Determined Contributions in Asia: Are Governments recognizing the rights, roles and contributions of Indigenous Peoples? 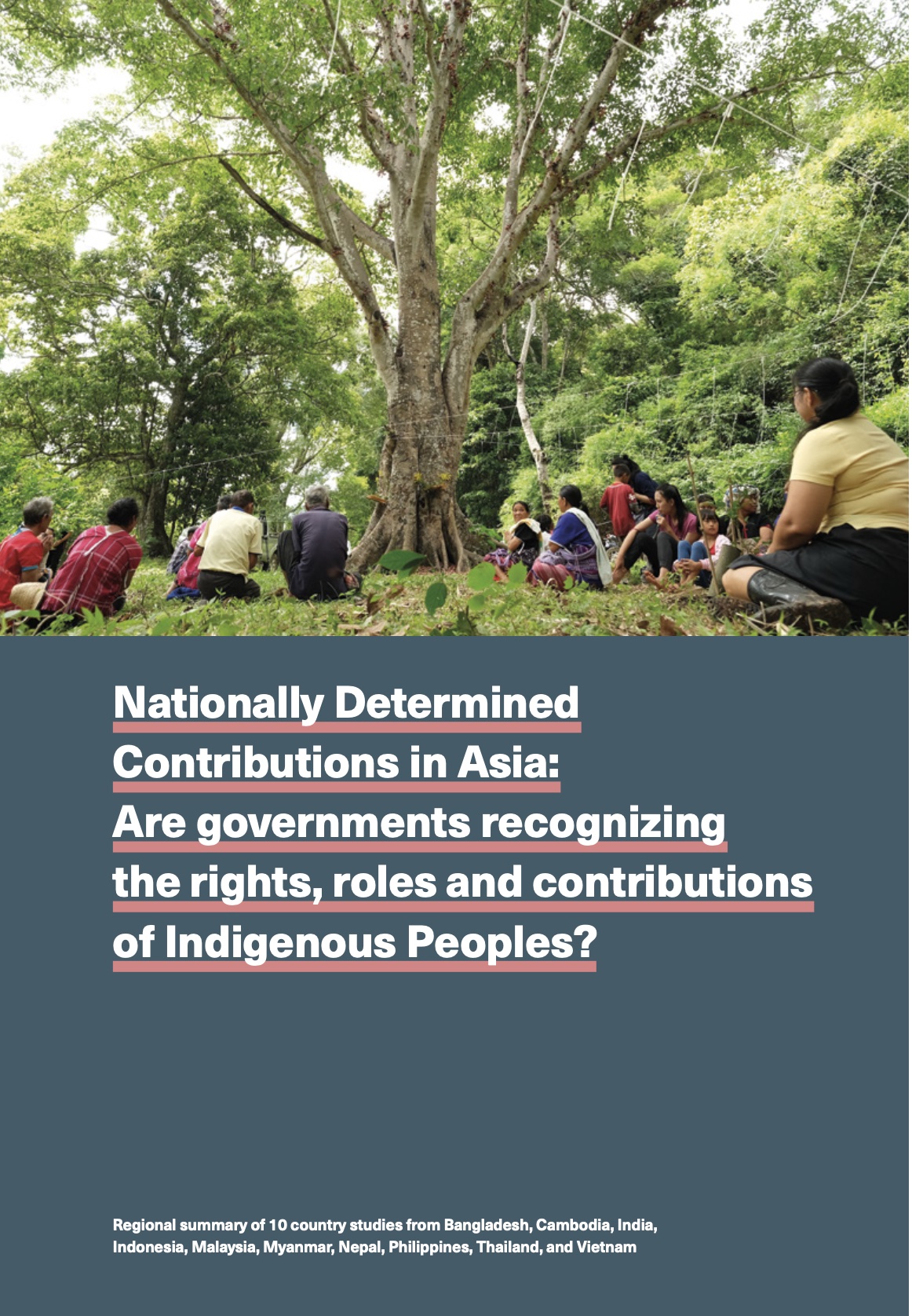 For decades, Indigenous Peoples have been advocating for their rights, knowledge, and traditional sustainable practices to be recognized in international climate change negotiations and to be included in related international and national climate mitigation and adaptation plans and agreements. With the continuous improvement in coordination among indigenous rights-holders, their representatives, and allies from around the world, the indigenous movement has become a force to be reckoned with. Important references to Indigenous Peoples’ rights, knowledge and roles in climate mitigation and adaptation have been included in decisions of the Conference of the Parties to the United Nations Framework Convention on Climate Change (UNFCCC), notably the Paris Agreement, and a Local Communities and Indigenous Peoples Platform (LCIPP) has been established to further enable and strengthen their engagement with the UNFCCC process.

At this key moment in international efforts to curb climate change, with countries having submitted their latest commitments and actions on climate mitigation and adaptation, the Asia Indigenous Peoples Pact (AIPP) is partnering with the United Nations Development Programme (UNDP), through the UN-REDD Programme and the Forest Peoples Programme, on a study to shed light on how the rights, roles and knowledge of indigenous men, women, youth, and persons with disabilities are addressed in national-level climate policies and plans, such as nationally determined contributions (NDCs), REDD+ strategies, national adaptation plans, and relevant environmental laws in Asia. The results of the study are documented in 10 country-level reports incorporating a gender perspective, which also identify Indigenous Peoples’ practices that are already contributing to the goals of the Paris Agreement. This regional report synthesizes the findings and recommendations from the country-level studies. Since the synthesis is based on the policies reviewed in each national report it does not claim to exhaustively cover all climate policies in all 10 countries.